Known for his kindness, longtime Buffalo Grove administrator Bill Brimm would like to leave his office, sometimes at dawn, and sell parking passes to commuters at the Metra stop in the village, recalled trustee Jeff Berman.

Brimm, a former village manager and finance director, had his own reasons for making the sales pitch — none of which had to do with taking on village duties that were below his job description, Berman said.

He simply liked talking with residents and getting to know them.

"He loved to interact with the people," Berman said. "He did it because he wanted to. It was something he didn't always have an opportunity to do. He didn't care how many hours he had to put in. You can't say that about a lot of people."

The Arlington Heights resident, who was still serving as the chairman of the Northwest Water Commission, was 67. A memorial service is scheduled for 10:30 a.m. Saturday at Northwest Covenant Church, 300 N. Elmhurst Ave., Mount Prospect.

Brimm worked as the Buffalo Grove finance director for 28 years before working as village manager from 2006 until his retirement in 2010.

Village officials and community members described Brimm as a thoughtful person who worked to position the village for future success.

"He was so kind and helpful," said Village President Beverly Sussman.

She said that when she first became a village trustee in 2009, Brimm would go out of his way to help her get up to speed on the work being done by board members.

"He would call you to make sure you know where he was coming from," Sussman said. "He always made time. He was never too busy."

Brimm's name is displayed in the clubhouse of the Arboretum Club in Buffalo Grove, a golf course at Route 22 and Buffalo Grove Road that Brimm helped create.

"To have him pass in such a sudden fashion, it's sad," Tollefson said.

When Brimm retired, village trustees hired current Village Manger Dane Bragg as his replacement. Bragg then worked with Brimm for years on the Northwest Water Commission. 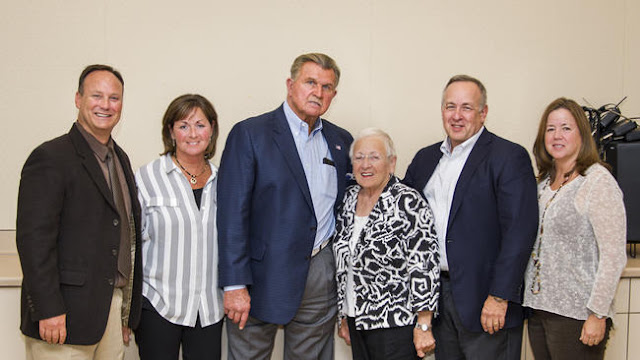 "Everyone was just really shocked that he passed so suddenly," Bragg said. "I didn't know how to react."

Sussman and Berman both said Brimm's work for the village remains evident today.

Village bonds have an AAA rating, the highest rating from financial service companies Moody's and Standard & Poor's, largely because of work done by Brimm, Berman said.

"He was the architect of our financial situation," he said.

Sussman said his warmth and care for people are what people will remember most.

She noted how she attended a meeting of the Solid Waste Agency of Northern Cook County the day after Brimm's death. They held a moment of silence for Brimm, she said.

"He goes so much further than Buffalo Grove," Sussman said.